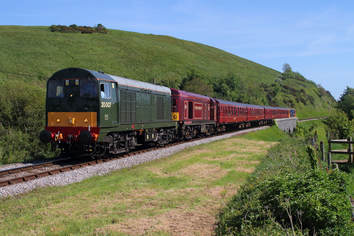 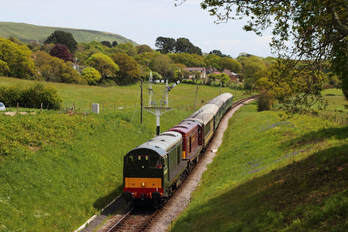 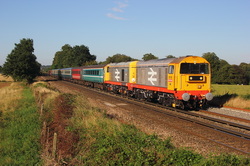 07/September/2016 Weston
It doesn't get much better than this....pair of red stripe choppers in third rail  terriotary although running  86 minutes late certainly helps with the light angle as 20132"Barrow Hill Depot" + 20118"Saltburn By The Sea" pass on 5Z15 11.43 Burton Wetmore Sidings to Eastleigh Depot ECS, in connection with GBRF 15th Anniversary 4 day mega railtour taking in various locations around the country. 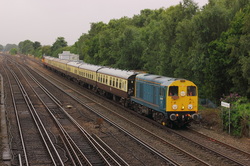 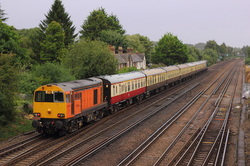 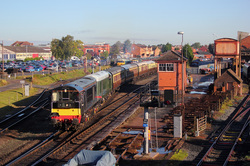 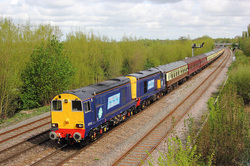 05/05/12
With  the usual  change from overnite to early morning forcast,the forcasted clearance appeared to be around the Oxford area,and has can be seen looking North even that quickley filled in leaving a small window of oppurtunity from this and  the nearby  front sinking south ,and as luck would have it a reasonable patch allowed sun on the Hampshire Hotchpotch railtour departing  Crewe at 06.23, heading for Eastleigh T+RSMD and Southampton East and West Docks,with traction provided by DRS in the form of choppers 20312+20308 and very nice to, as they  slow for the Oxford stop on 1Z61. 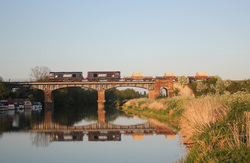 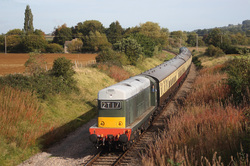 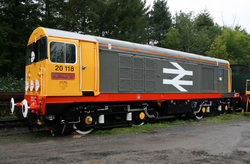 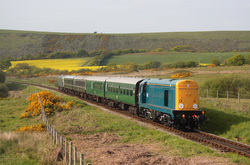 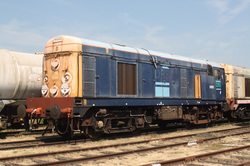