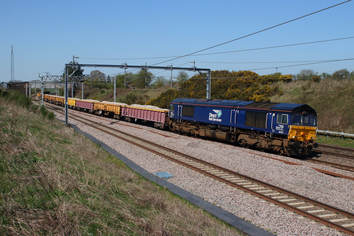 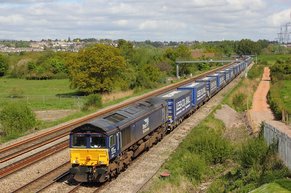 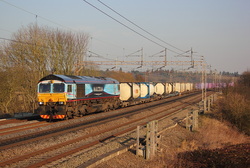 05/03/13 Chelmscote
Running 30 late due to a northbound Dyson failing near Wolverton earlier and trying to bugger up the afternoon slot of northbound freight....Malcom liveried 66434 passes on 4M71 Purfleet to Daventry 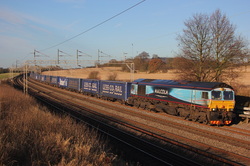 02/12/12
After hanging around in freezing conditions awaiting the VT 57 on the Oxley to Euston(which never happened),the Sunday 4L48 Daventry  to Tilbury Tesco intermodel did,and saving a waisted day Malcom liveried 66434 was in charge passing Cow Roast 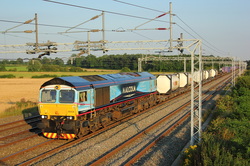 10/08/12Easenhall
Out with a bang then,last shot of the day produced Malcom liveried 66434 on 4S47 Daventry to Coatbridge inter model 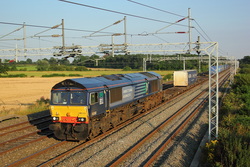 10/08/12 Easenhall.
With nothing in sun since midday,the early evening clearance alowed a few sunny shots,including 66302 on 4S45 Daventry to Mossend inter-model 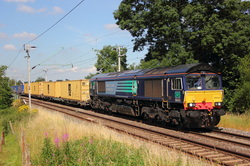 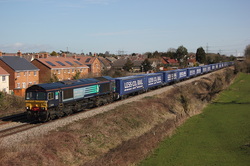 06/03/12
A recent new flow is a 6V38 Daventry to Wentloog intermodel service for Tescos,and produced a Malcom liveried 66 the previous day,being not sure of the diagrams regarding locomotives it did seem that to get the same loco today would have been pushing it,and this was the case as 66428 passed Portskewett nearing its destination,with the late running certainley helped regarding sun angle but when the clocks alter i would think it will be much harder to get the coveted "sun on the nose"scenario for this working. 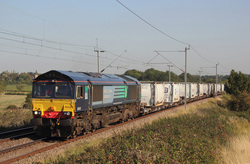 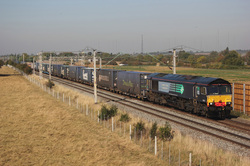 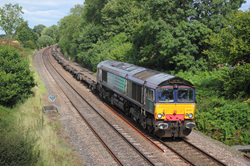 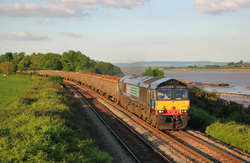 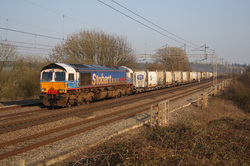 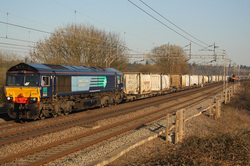 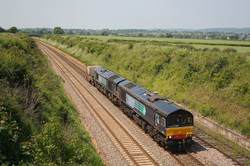 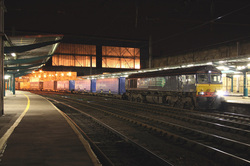 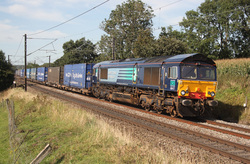 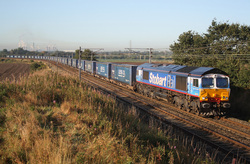