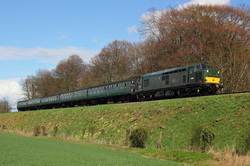 26/April/13
A quick visit to the gala after work allowed this shot of newly painted D6836 passing North Street in one of the few sunny patches of the day,and the working in question being 2L19,15.30 Alton to Alresford 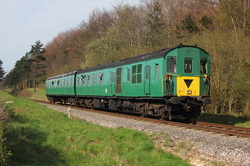 28/April/13
Having just departed Ropley, Hants DEMU 1125 passes North Street on 2M80,the 08.45 Alresford  to Alton service ,which would have been a regular occurance when the line was fully open to Winchester 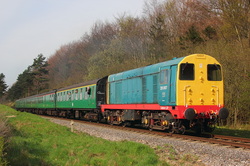 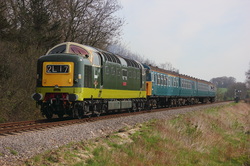 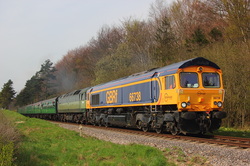 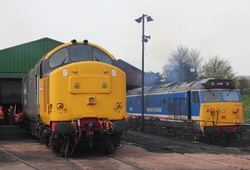 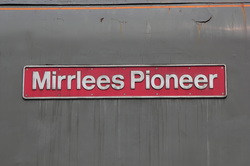 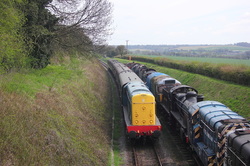